Four puppies and six kittens being imported into the country were left for over two days at the airport with no food or water. A call to the New Hope Centre came through from the Ministry of Agriculture, who reported that the animals were in very bad condition and were in need of immediate emergency treatment.


The animals arrived to the centre just after midnight and we were all horrified to see the state of them. The kittens were all stick thin, had oozing eyes, matted fur and were having trouble breathing. Two of the puppies were very lethargic and were barely able to hold their own heads up. We set to work immediately assessing the medical needs of each of the animals. In fact two of the puppies were near death and we spent several hours trying to rehydrate and warm them with blankets and heating pads. The kittens were able to eat on their own once their blocked noses were cleared and we settled them into warm beds after treating their immediate symptoms. All of the pups and kittens were estimated to be well under two months old and suffering from dehydration and starvation. 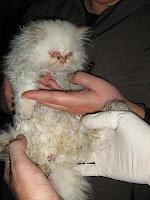 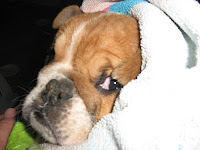 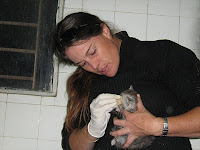 After working on the two pups in particular for a good four hours they seemed to be more responsive and better hydrated. We settled them for the night and hoped that they would all feel stronger in the morning. 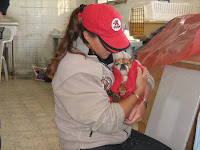 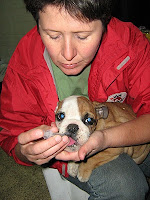 In fact all but one were better. We sadly lost one of the puppies who had complete organ failure due to being in such terrible conditions for a prolonged period .

These animals were being imported from the Ukraine which is the main exporter of young animals to Jordan. The real crime here is that they are almost invariably much too young (they should not be weaned before 8 weeks) and moved without having proper medical papers and with no vaccinations. They are imported by local pet shops and then sold for extortionate prices to innocent people who want to own and love a family pet. The usual outcome is either the family ends up with the heart wrenching loss of the new pet or spends weeks trying to save the life of the very sick pet. Both cases are unacceptable and this practice should be stopped. 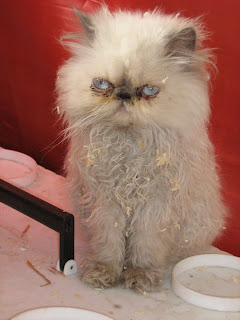 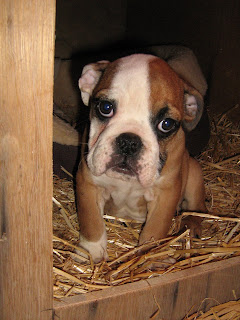 Posted by Princess Alia Foundation at 21:23 No comments:

How many more before it is enough?

Barely 24hrs after the arrival of the 4 lion cubs to the New Hope Centre, we received 4 cheetah cubs! These cubs were confiscated when trying to cross the border from Saudi Arabia through Jordan and on to Syria, the driver trying to disguise them as domestic cats. The customs at the border contacted the RSCN informing them of the situation and once they described the animals to the ranger, he knew without a doubt that they were exotic animals and immediately headed out to the border – again!


This is what he was met with… 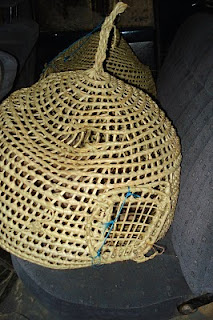 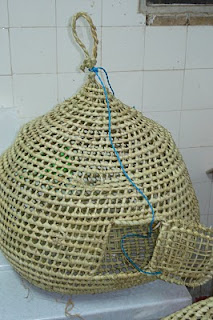 There were two cheetah cubs in each of these baskets with no bedding, no water and no food.

On the completion of the paperwork, the cubs were immediately transported to the New Hope Centre for the care they need. Due to them being so young, they have been kept together in a warm and quiet area until they are less stressed and will be released into their new enclosure.

The Cheetahs were moved to their new enclosure 2 days after arriving at the centre and got busy chasing each other around and playing in the thick bedding. 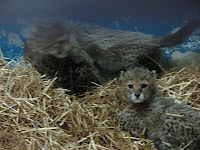 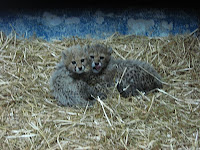 We are watching them closely as cheetahs are very sensitive animals and these four are only between 1 and 1 and a half months old and are too young to be away from their mothers. 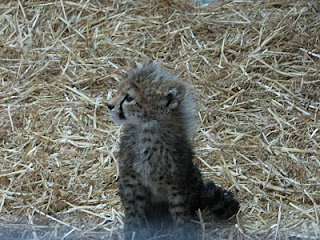 Imagine a world where our children and grandchildren can only read about Cheetahs and look at them in pictures rather than know that they are still a part of this world. All because a few put money before ethics.

Enough…
Posted by Princess Alia Foundation at 20:09 No comments:

11:00 am Friday 12th of February we were alerted to the fact that there had been four lion cubs caught at the border between Jordan and Saudi Arabia. The story of these cubs is quite an intricate one which we are still sorting through to get the final picture. We know so far that they left Syria in a private car and entered Jordan through the Jaber border (the border between Syria and Jordan). On reaching the Saudi/Jordanian border, having travelled across Jordan, the woman in the car apparently got cold feet. She found a bus which was travelling back to Syria and asked the driver to take them back to Syria. It is at this point that the customs found them and confiscated them.

The lion cubs had been crammed, two a piece, into tiny travel boxes, barely adequate enough for a regular cat! Even with the top of the cage removed, the cubs were still too cramped to be able to be taken out.

We quickly moved the cubs to the New Hope Centre for emergency treatment and care, where they were transferred to a larger crate before being introduced into their new enclosure. 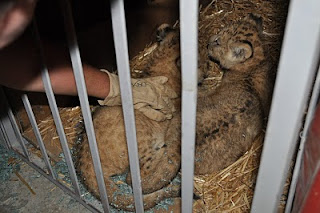 The cubs settled well in their new enclosure but were initially terrified. 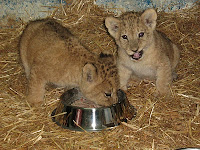 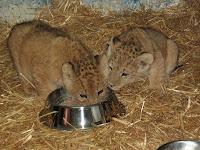 Today the cubs were transfered to a new enclosure and we are pleased to report they are doing a lot better. 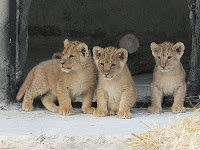 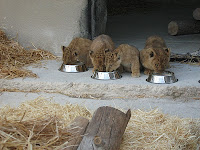 The fact that these cubs have been taken from their mothers at such a young age is a crime, and we call on everyone to assist in stopping the illegal capture, transport and sale of these magnificent animals. One hates to think what kind of life they were headed for…
Posted by Princess Alia Foundation at 20:27 1 comment: 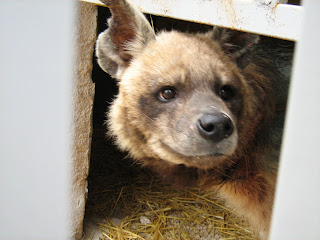 In January of 2010 the Princess Alia Foundation launched the New Hope Treatment Center, in order to provide medical care for animals. This came about in response to the dire needs which exist within the country and the region due to animals being kept in terrible conditions.

The Ministry of Agriculture, Greater Amman Municipality and the Royal Society for the Conservation of Nature have teamed up in order to remedy the situation in the zoos in Jordan. After an initial assessment it was seen that many of the animals in these zoos were suffering from illnesses and/or severe stress related behavior, stereotypical of animals being kept in captivity.

The aim of the centre is to provide immediate emergency care for animals in need and to provide the animals with a safe and nurturing environment in which they may overcome stereotypical behaviours often associated with animals being kept in captivity and being mistreated. Upon completion of the treatment and rehabilitation, these animals will be rehomed in appropriate sanctuaries both locally (when dealing with native species) and internationally (for all non-native species).

Along with the support, guidance and expertise of Vier Pfoten (http://www.vier-pfoten.org/) and the support of the Greater Amman Municipality (GAM) and Shirley Brine (from Australia), the centre was built in a matter of days after being informed by the government of the first set of confiscation from the local zoos, for those animals which were seen to be of immediate concern.
This was the site prior to work on day one… 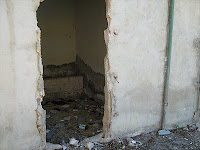 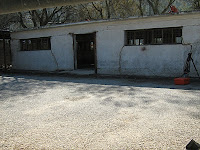 By the early hours of the next morning… 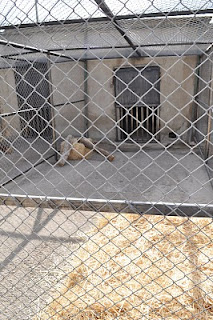 The animals then started to arrive; a total of 28 animals were confiscated on the first day, the majority being Hyenas, also included were wolves, a lion cub and domestic dogs. After immediate treatment, some of the Hyenas were then transported to a nature reserve to begin their rehabilitation process working towards their release into the wild.

Four of the Hyenas were kept at the sanctuary as they were in need of ongoing medical treatment, two in particular had severe wounds to their neck and ears and surgery was conducted immediately. 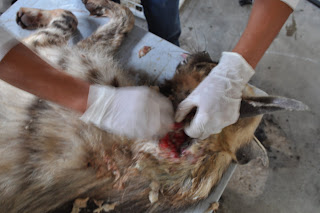 Once settled all the animals began to adapt and recover. The foundation is working hard to provide placement of the animals in appropriate sanctuaries in order for them to live out the rest of their days in the environment they were supposed to be in. 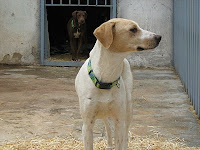 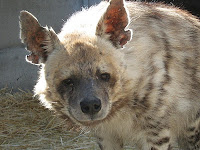 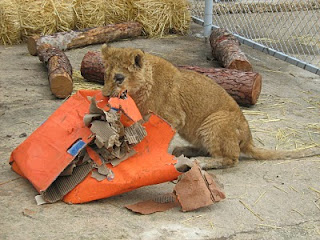 The future plan is for the centre to be extended to include a complete veterinary teaching facility which will cater not only to Jordan but to the region as a whole.
Posted by Princess Alia Foundation at 21:02 1 comment: