The price of freedom...

For weeks now the world has been focused on the political events of the Middle East, watching in disbelief as thousands head to the streets in protest. The events which occured in Egypt are still on the minds of many, however one area of events is not being covered sufficiently (if at all) in Egypt and internationally. This is the very real suffering of many people and their animals, namely camels, horses and donkeys which are used in the tourist business in Egypt. An extremely large sector of the Egyptian population rely on these work animals as their sole source of income; one widow, for example, supported her twelve children through her two horses-both of which have died in the past weeks from lack of income to feed them- and two rented camels which were also in dire straits. With the events of late in Egypt, needless to say, the tourist business has ground to a halt. Where does this leave these families whose sole income was from income made through these animals? The picture below says it all (this may be disturbing for some) 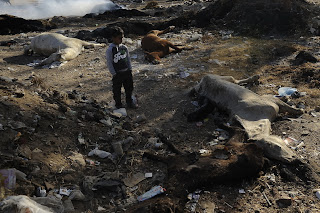 Two  local Egyptian organisations, ESMA and then ESAF sent out worldwide appeals for help to assist them in funding food and medical assistance for the work animals, also providing some hope for the families and owners that they will not lose their only source of future income.

Vier Pfoten International and the Princess Alia Foundation, have joined forces and a team flew to Egypt to do just this. While Vier Pfoten have a team on the ground and are focused on the treatment and feeding of the animals, The Princess Alia Foundation has complemented their work by also providing funding to alleviate the direct needs of the people and the families who find themselves at their wits end.

On the 26th of February the Vier-Pfoten team, along with a number of volunteers (mainly student vets from the University of Cairo) set up their base camp and work began... The animals were suffering from severe malnutrition and many of them also had skin disease and open wounds. All the animals were treated and de-wormed and food supplies were issued to the owners through a system of vouchers. Each animal was given the appropriate amount of feed for one week (50 kgs per camel per week and 35 kgs per horse/donkey per week) in addition to this the owners were also given Alfalfa to supplement the basic feed. At the end of the work day of the 1st of March, food supplies for one week were provided to over 400 camels and 500 horses and two veterinary clinics were fully operational and treatment of the animals was well under way.

Vier-Pfoten and The Princess Alia Foundation also supported ESMA and ESAF in their efforts to provide feed to working animals and Vier Pfoten will co-ordinate closely with these two organisations in order to reach an effective and efficient system of distribution and to ensure that everyone receives the necessary assistance.

The pictures below (credited to Mihai Vasili) were taken in Egypt and show the extent of the suffering. We hope that we may all continue to assist in the feeding and treatment of the work animals in Egypt for as long as possible, and ensuring that the future of the families who rely on these animals for their own livelihoods is a bright one... 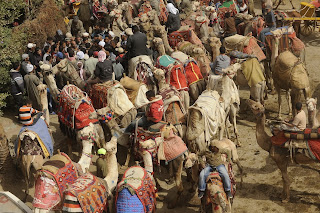 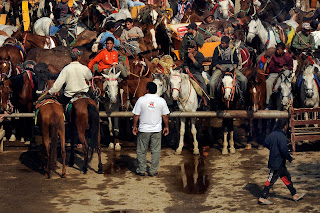 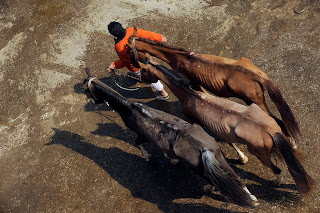 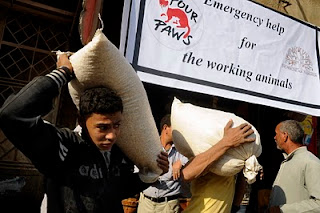 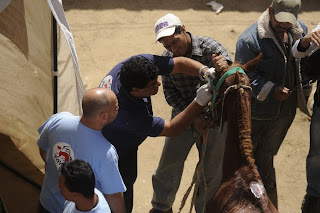 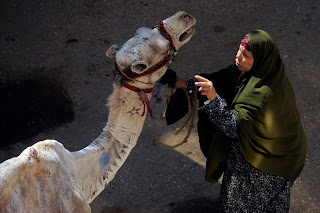 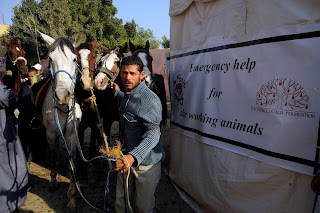 Any and all donations would be greatly appreciated.