The initial report from the customs officer at the Saudi -Jordanian border was that they were two Cheetah cubs. The cubs were being smuggled across the border from Saudi Arabia and were to be kept in a private collection in Jordan.

Ghazi, the RSCN Ranger in the area moved quickly to the border where he inspected the cubs and called to inform us of that they were in fact two Tiger cubs, no older than 6 weeks. They seemed to be in reasonable health although highly stressed - which is not hard to believe looking at the way in which they were transported... 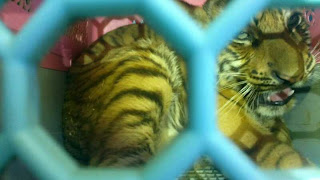 With all the paperwork completed, Ghazi set off with the cubs to New Hope where the team was busy preparing the quarantine area for their imminent arrival.
Although dehydrated and disorientated the cubs began to investigate their new surroundings on being released from the confines of their tiny travel crates (hardly big enough for a small domestic cat!). Their hissing and spitting was also of much comfort as the staff put food and water for them. 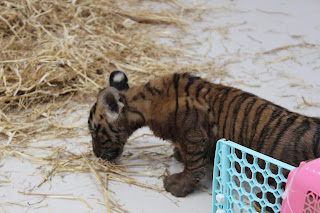 It was determined that the cubs were male and female and most likely siblings. They were also a little older than what was originally reported. The cubs were kept in the clinic area of New Hope under observation by the ever present staff and Dr. Zain and they were pleased to see the cubs settle for the night.
﻿ 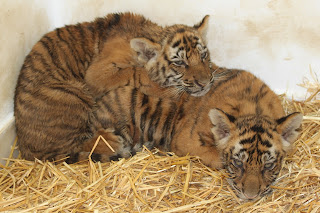 The cubs quickly regained their strength and only a few days after their arrival they were moved to their outdoor enclosure where they were provided with ample toys. It is a true blessing to be able to report that they are doing well and although still cautious of any new faces which appear they are settling in well. 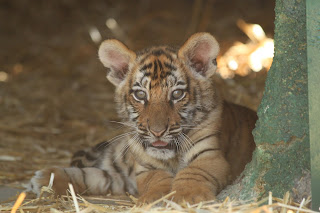 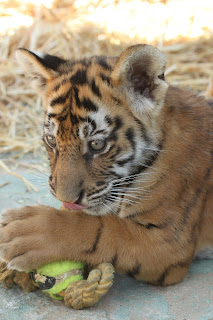 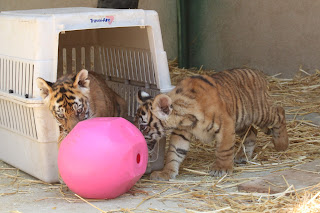 Watching the tiger cubs brings a smile to our faces...however it is bittersweet. The fact that these glorious animals will live a life in captivity is a tragedy which happens every day. Thinking of the future of these young ones had they not been discovered at the border is something which sends shivers down ones spine...when will we as human beings, stop looking at those which share the planet with us as commodities there for our own entertainment and greed?

﻿
Posted by Princess Alia Foundation at 16:49