It has been five months since we waved (T)Eddie off from New Hope as he made his way to Austria. Below is an update from Stefan who is in charge of our little friend...


Eddie is preparing himself, also like the other bears, for wintertime. He eats a huge amount of food, especially weight full things like grapes, meat and nuts. This year we had big luck with the beech nuts. A mass of them fell down to the ground and the bears had only to pick them up. Because of that, all bears are in a very good condition of their weight.


Eddie seems also ready for hibernation. He got his winter fur and looks now like a furry ball.


The temperatures are sometimes close to zero at night and there is also frost. Eddie prefers it to stay in his cave in the afternoon and during the night. He brings all his toys into it and plays inside because of the bad weather.


He still wants to play with us. I try to find time every evening to run with him, of course with the fence between us. We are running up and down and he gets very tired (also me). After some minutes he goes his own way and searches for food or has a nap.


Between him and the other bears is still no possibility for co-housing . Brumca keeps him at distance if he comes to close to the fence. Maybe next year at mating-season Brumca will be open for something new! Now we are hoping that Eddie goes to hibernation in the wintertime.
Have a look at the pictures to see just how well he is doing! 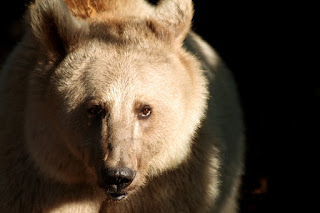 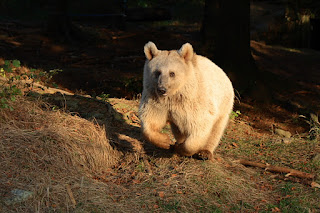 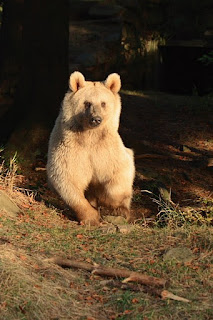 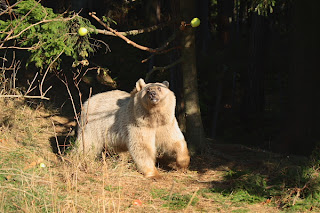 Posted by Princess Alia Foundation at 19:40 No comments: