Each and every one counts...

The past few months at PAF have been full of challenges, losses and thankfully many succeses! New Hope has been going from strength to strength as we erect new enclosures to accomodate rescued animals both in the country and throughout the region. One of the latest groups being 563 tortoises. I wonder if you can count how many times throughout your life you have seen a tortoise plodding along quietly minding its own business and you have decided to scoop it up and take it home, depositing it in your garden or even in a cardboard box for the children to'enjoy'? Actually there is a great deal we do not know about these fascinating creatures. Tortoises are native to Jordan, but were you aware that they are in fact classified as endangered?

We were alerted to the situation by the Ministry of Agriculture who brought us together with our partners at the RSCN to coordinate the care and release of the tortoises. From what we were told, all 563 souls had been collected from the wild and were to be smuggled out of the country to neighbouring countries for sale. 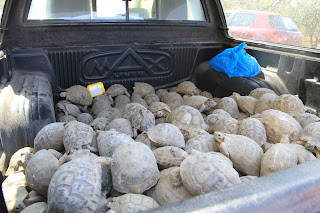 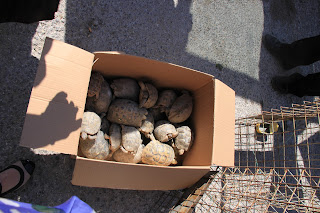 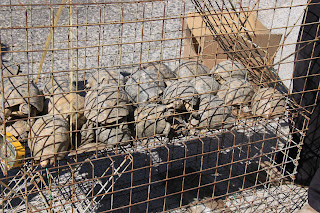 Each and every one of the 563 tortoises was checked (to ensure they were all healthy) and then released in various reserves in the north of the country. 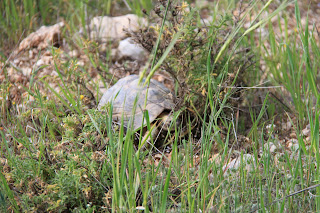 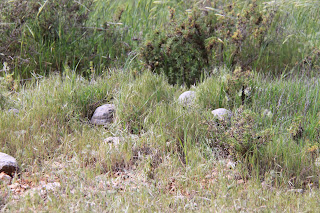 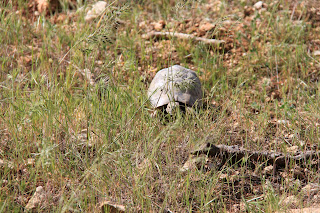 The next time you come across a tortoise in a field, under a bush or crossing your path; stop and think... don't they count? Don't they too deserve to be free?
Posted by Princess Alia Foundation at 09:09 No comments: